The Power & Influence of INTJs

July 6, 2020August 9, 2022 strategic
LinkedInTweetFacebook
Contrary to popular belief, introverts generally and INTJs specifically want to be recognized, acknowledged, and influential like extroverts, but in different ways.
The core motivation for INTJs is to solve problems and see their ideas go from imagination to reality. Known as “The Strategist,” INTJs create systems and methods that manifest specific outcomes. Their thirst for power and influence stems from being highly intellectual and well-researched, which makes them feel that they are the ones who should lead in ideas.
They are the ones who are hard-wired to spend inordinate amounts of time on solutions that address the question of how does it work? And why does it work?
Typefinder (n.d.) suggested that INTJs are:
Perceptive about systems and strategy, and often understand the world as a chess board to be navigated. They want to know how systems work, and events proceed: the INTJ usually has a unique ability to foresee logical outcomes. They enjoy applying themselves to a project or idea in depth and putting in concentrated effort to achieve their goals.
For INTJs, the world is theater, and INTJs, its puppet master. This is the difference between a charismatic leader and an INTJ strategist. The charismatic leader wishes to arouse audiences’ emotions to affect his self-interest through pageantry and speech.
The charismatic leader must engage the masses’ emotions through visionary oration to create change or galvanize a movement. Contrarily, INTJs want to put words in the charismatic leader’s mouth that speak to a method or system of doing something better and more effectively for the greater good.
The INTJ strategist will bring a charismatic leader’s dream to life pragmatically. It’s not that the INTJs are afraid to speak for themselves. They merely realize that the charismatic leader has a “tribe” or community they have already developed that can be used by the INTJ.
INTJs use people as conduits for bringing ideas to life. 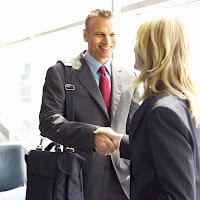 Political consultant Karl Rove is an excellent example of an INTJ. According to a Wikipedia search, Rove is credited with the 1994 and 1998 Texas gubernatorial victories of George W. Bush and Bush’s 2000 and 2004 successful presidential campaigns. In his 2004 victory speech, Bush referred to Rove as “the Architect.”
Rove has also been credited for the successful campaigns of John Ashcroft (1994 U.S. Senate election), Bill Clements (1986 Texas gubernatorial election), Senator John Cornyn (2002 U.S. Senate election), Governor Rick Perry (1990 Texas Agriculture Commission election), and Phil Gramm (1982 U.S. House and 1984 U.S. Senate elections).
For INTJs, power and influence are behind the throne, and they whisper into the ears of the power elite. The public may not know who these INTJs are, but the “movers and shakers” have them on speed dial.
At first blush, it would appear that INTJs are Svengalis manipulating to achieve their goals. And this would not be out of the realm of possibilities. Many INTJs go through a philosophical life cycle from idealist to pessimist to realist. In the end, the only facts that matter are either objective or anecdotal.
A statement by a participant on a Reddit thread said, “Based on the few INTJ’s that I know closely, I get the sense that INTJ’s value social status and power more than they’ll admit to.” The responses by INTJs to this observation are telling about their motivations.
INTJs, I think, like having power over people and situations because it’s a culmination of our observations and analyses of said situations. One respondent said, “I think power is enjoyable to everyone. To manipulate people to do what we want is attractive because we’ve made it so.”
While another respondent said, “…There is power in power. I, for example, get to express, rather direct power, when I tell the person that reports to me at work what he will be doing. I suppose there is some pleasure in it, but it’s nothing compared to the thrill of making something work.”
Finally, another respondent said, “They (INTJs) like to move pieces of systems and (seemingly preferably) social systems around according to their design…They manipulate people as easily as one would a game piece according to their master plan.”
Often INTJs have to create systems within systems because they do not see the value of playing political games within hierarchical structures. To do such would be playing someone else’s game. Mainly when they didn’t build it.
A structure that predates  INTJs’ arrival is not off-putting as long as it fits into their short and long-term goals. They bend the system to their will by figuring out the DNA and culture of an organization.
INTJs then create a more effective process that benefits the organization while carving out a creative space for themselves.

Again, INTJs love creating solutions to compelling problems, and since they enjoy reading and writing in solitude, applied research is a natural outgrowth of their personality. The more ambitious INTJs have learned to use long periods of reading and writing to create intellectual property.
Developing authority articles, blog posts, and e-books are ways of documenting the thinking and analysis of INTJs. Recording information is a way of sharing insights with the world for its betterment.
INTJs may have a “Take it or leave it” attitude about their work on the outside, but on the inside, they want their work to flourish and take on transformative powers. In a society of people clamoring for attention for mere entertainment, INTJs believe that every intellectual initiative they engage in is synonymous with curing cancer.
In their minds, their work is that important.
They are thought leaders by default. Contrary to individuals who need external stimuli to generate action, INTJs live in the field of ideas by which action is always taking place. These “Academic Artists” paint logic, clarity, and insight on the canvas of life. They care about ideas more than people.
One writer referred to them as a cross between Mr. Spock of Star Trek and Batman.
Invariably, INTJs strive for influence in their creative endeavors but are not tied to the outcome. In other words, they want to ensure that two plus two equals four because they are creating a new kind of math.
And traditional math is merely a benchmark to ensure they are on the right track. INTJs are relentless and believe success only manifests when populations elicit a response without being asked.
These social scientists don’t write books for family and friends to gobble them up but to determine the response from strangers as to their value.
INTJs will never stop contributing to the world. This isn’t because they believe they can save the world. No, they know people are inclined to crash and burn. INTJs are hard-wired to contribute to the world because the world is merely a place for intellectual experimentation.
The joys and rewards of being an INTJ lie in the desire to prove and disprove philosophical concepts that go to the core of facts and truth.
Socrates said that the examined life was not worth living.
Not only have INTJs taken Socrates’ dictum to heart, but they are also the embodiment of this notion.
—Nathan Andrews
Related: The Secrets Behind Why INTJs are Dangerous (And How to Use These Secrets to Gain Power)

The INTJ personality type in the workplace. (n.d.). Typefinder. Retrieved from: https://bit.ly/2HS6U7E.

Why does it seem that INTJs aspire to social status and power? (n.d.). Reddit. Retrieved from: https://bit.ly/3aYSFzt.