April 12, 2020June 10, 2022 strategic
LinkedInTweetFacebook
What impact does inward projection have on how the world perceives you as an introvert?
Do you carry the same influence, power, and respect as extroverts? If not, how can you use your introversion to become a force to be reckoned with?
I once read that, “You don’t get out of life what you deserve, you get out of life what you command.”
The inner city of New Haven, Connecticut, where I was reared, did not cultivate the dreams and aspirations of a bookworm, who happened to excel at football and track. The things I did were not fashionable.
Things like journaling, investigating paranormal psychology, and rock collecting were not ideal in that environment.  Today, people like author Malcolm Gladwell, Microsoft’s Bill Gates and Facebook’s Mark Zuckerberg are rock stars, where once they would have been pejorative, “Geeks.”
Now, more than ever, introverts can gain the power and influence that they always desired.
I once asked a friend of mine named Scheri, “What kind of guy was I in high school?” Scheri was an introvert who wore big glasses and high-water pants (pants so short that you could see the top of her socks when she walked).
Scheri said that I was the kind of kid who could fit within any crowd. I could fit in with the high achievers, as well as the cool kids. Interesting!  I didn’t see myself that way.  I envisioned myself as a slightly cool nerd.
I created my own style and was wearing the Michael Jackson “Beat It” jacket years before he did. So, why didn’t I feel comfortable within any one group?  Why did I always feel like a lone wolf?
And what if you never reach the heights of a Gladwell, Gates, or Zuckerberg?  How do you go it alone when the only cheerleader you have is yourself?
I started thinking about my life as a boy versus my life as a mature man. I’ve come to realize that parents and most people fall prey to the intellectual shortcomings of society.
Their intentions aren’t to hurt us or themselves, but such conditioning could short circuit the intellectual acuity of sensitive introverts, particularly INTJs (Introversion, Intuition, Thinking, Judgment).
INTJs are contrarians, who set out to ask and explore questions most people rarely consider. These deliberate, overly curious, and ambitious people represent 2% of the population, as characterized by the Myers-Briggs classification.
The website, 16 Personalities, suggests that people with the INTJ personality type are intellectual and develop a world inside their heads more perfect than reality. Based on several personality tests, I am an INTJ.
Famous INTJ’s include: Elon Musk, Friedrich Nietzsche, Michelle Obama, Colin Powell, Vladimir Putin, and Arnold Schwarzenegger. INTJs possess a great deal of self-confidence comparable to none. 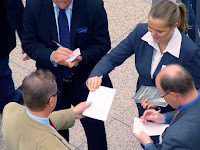 Previous experiences dictate that self-confidence is nothing more than a track record of success that perpetuates itself with consistent effort. It is a conscious remembrance and cultivation of your skills and abilities.
Whatever you possess that is valued by others enhances your self-confidence.  It is important to note that introversion has an upside and a downside.
The upside of introversion is the ability to spend large chunks of time, introspectively, meditating on various topics.
Introverts have less need for human interaction than extroverts.  If the human brain is the central command center for individual creativity and innovation, individuals who are able to spend a great deal of effort pondering problems and developing solutions, have an edge over those without these proclivities.
The downside of introversion is that your love for being alone with your thoughts can affect your interpersonal relationship skills, as well as your ability to communicate ideas with other people.
Where extroverts might appreciate the give and take of social interactions, introverts might find such engagements exhausting.  Unless you have learned to embrace the uniqueness of being internally motivated, you might begin to believe that your introversion is an albatross around your neck.
By moving more to the center in exhibiting skills that build self-confidence and fresh insights, you can have the best of both worlds. You don’t have to resign yourself to obscurity, because you can leverage your intellectual power by creating solution-based articles, books, podcasts, and videos.
Becoming a self-directed thought leader is the by-product of your natural inclination towards reading, writing, and solitude.
In a global economy, those that have the ability to diagnose problems, analyze best practices, and synthesize solutions become the “go to” people. This is within the bailiwick of INTJs.

But not so fast!
To truly become a force to be reckoned with, introverts have to exhibit a higher degree of boldness. Earlier, I recounted that my high school friend Scheri said that I could fit in with any crowd.
What I didn’t say was that I had begun the process of reinvention because I grew tired of being bullied, based on my introversion being seen as a weakness.
It wasn’t until I started building a larger presence through weight lifting, boxing, and martial arts that people started respecting me. My transformation was physical and philosophical.  If the world only respected power and strength, I was going to exhibit “Silent Courage.”
I recommend having a stronger presence and never letting people know what you’re thinking until you’re ready to reveal. In fact, your words resonate and have greater impact when you speak sparingly. Bestow profound concepts and nuggets on unsuspecting ears.
As they look at you spellbound, remain silent to let it all soak in or merely spoon-feed them your insights. That’s the evolution of power and mystique.
To become a force to be reckoned with requires self-confidence, solution-based intellectual property, and bold action.
With power, stealth, and fortitude, you will get what you deserve in life, as well as what you command.
Edward Brown, M.S., is director and applied researcher for the American Academy of Advanced Thinking (AAAT), as well as the inventor of the IBAR Critical Thinking Method.
Ed has trained attorneys and corporate managers throughout the southeast on developing effective leadership, decision making, problem solving, and advanced thinking skills.
He has advanced legal training from the University of Dayton School of Law and a master’s degree from Mercer University in Leadership Development.
LinkedInTweetFacebook

Many introverts struggle with overcoming insecurities and asserting themselves.

And if you are not acting strategically, your life and choices reflect it.

Take this free, 5-minute quiz to discover if you're the strategic introvert you want to be.