Do INTJs Know-It-All, or Are They Extraordinary Strategic Thinkers?

Often, INTJs may be viewed as “Know-it-alls” because they are preternaturally curious about how and why things work. And people are included within the realm of things.

INTJs’ intense desire to learn and know everything within their interest has no boundaries.

As a result, INTJs can reflect an elitist attitude about their intelligence. The challenge for many people in dealing with INTJs is that INTJs’ intelligence is real.

Lawrence (2019) stated several struggles experienced by INTJs, “They will always try to communicate their logical prowess, but those explanations can be a bit blunt if they’re not careful… They can be too systematic, to the point where creativity is lost… Perfection can be their bane. They’re constantly looking for it. Obsessed, I would say. But they could sacrifice too much for it—like their time, relationships, and finances” (P. 1).

Sólo (2017) said, “There’s always a “right way” to do things in your head, whether it’s how to dress a sandwich or how you load items in your grocery cart. Following the system might help make small tasks more efficient, or it might simply make sure you get the specific result you want. The only problem is you’re often bad at mentioning this, or explaining why you prefer it. As a result, you get super annoyed when someone doesn’t follow the “plan”‘ (para. 12).

INTJs are misinterpreted because they fail to share what others might deem as “critical information” because of their introversion.

This plays out in two significant ways.

One, INTJs may still be processing information, and the opportunity has passed when they are willing to share their perspectives. Thinking quickly may not be a strong suit for many INTJs.

Secondly, INTJs have superior execution and follow-through. Consequently, if someone has an idea or plan and fails to execute it, INTJs see no reason to explain away the fact that they pursued the idea themselves.

Others may see this act as a betrayal. However, INTJs will never let a good idea go to waste.

In short, no one can implement ideas better or faster than INTJs because they have read volumes of books where tying disparate concepts together comes easy.

Elizabeth (n.d.) revealed the core of her thinking by stating, “As an INTJ, my brain is constantly firing to build these systems to create the processes that make the most sense and can achieve the best results. I am still an introvert, and I will not just say something if I haven’t thought long and hard about it. I am not impulsive. If I do something or say I can do something, it’s because I’ve thought long and hard about it” (para. 17). 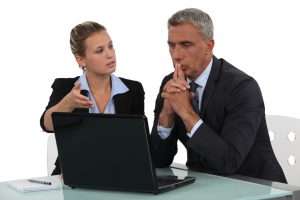 INTJs have opinions about many things.

INTJs are voracious readers, and history is a backdrop for best practices. When a subject comes up that INTJs may not have experienced, they may draw on historical events to juxtapose a point.

Consequently, it would appear that INTJs have an opinion about everything. However, when an issue arises, look at INTJs eyes and demeanor.

You can see the processing of information happening before your eyes. At this exact time, INTJs search their mental database for the newest and objective answer to a question.

And what is more pristine than an objective fact?

Are INTJs know-it-alls? They certainly have a lot of information at their disposal. On the surface, it appears that there isn’t anything they don’t know.

Because INTJs live inside their heads where they are most safe, the outside world creates the greatest fear. They consistently ask the question, “What if…?”

This healthy paranoia is a way of coping with anticipated but unexpected events. Envisioning the worst possible outcome of a situation intellectually cushions the blow of impending doom. Pain is assuaged by breaking down events to their microscopic level.

INTJs’ self-esteem is tied to performance.

Often, INTJs judge themselves based on their performance. And this means any performance. They can accept that they can’t master every skill, but they are unmatched with skills they deem within their wheelhouse.

As a result, INTJs can also demonstrate elitist traits regarding skills they have spent excessive time developing. Their mantra could be, “I excel; therefore, I am….”

Any setback could last for years until the failure proves not to impact the mission or crusade.

INTJs are strategic thinking introverts that see themselves as epic heroes

As others observe quietly from afar, often without approbation, these introverts marvel independently at the majesty of their intellect and its creations.

They are their own biggest cheerleaders.

INTJs, particularly, view the body of work that they create as transformational. They can evaluate their work and objectively compare it to competitors. They are the first to acknowledge themselves when falling short of excellence.

After all, their work is visually altering the intellectual world’s landscape.

Intellectual pursuits by INTJs are relentless, consistent, and endless. To be hardwired for critical analysis to create intellectual property could be a blessing and a curse.

It’s a blessing because INTJs such as Sir Isaac Newton, Ayn Rand, and Bill Gates have transformed the world with their ingenuity.

However, it’s a curse because others’ jealousy, insecurity, and irrationality infect the intellectual environment of INTJs.

If INTJs are know-it-alls, it is because they have dedicated their lives to enlightenment as others sought entertainment.

The unwillingness of critics to do similar work in a complex world is reminiscent of the notion that “Nero fiddled while Rome burned.”

While INTJs are creating, critics are complaining.

Related: The Strategic Introvert: A Quick Guide for Building Influence in a Domineering World 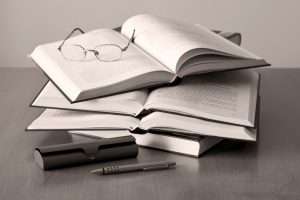